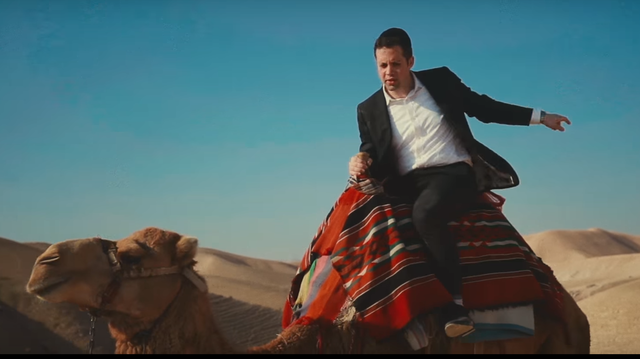 Simcha Leiner released “Na’avor” just over a month ago, and it already has close to 100,000 views.

The song’s catchy lyrics and upbeat rhythm have been a key component of its popularity. But Leiner also as a secret weapon: The Jewish Content Network.

The music video features Leiner stranded in a desert, and his adventures in getting back to civilization with only a few hours left until Shabbat. The lyrics of the song describe his gratitude for getting over life’s challenges with Hashem’s help.

“A key component of promoting a video is exposure,” says Leiner. “And the first few days are critical, they define whether you’re gonna hit or miss. You’ve got to be everywhere at once, be firing on all cylinders. And the Jewish Content Network lets me do that.”

Leiner is very satisfied with the success of the current video. “’It’s a lot of fun to see your video view count keep rising,” he says. “With the Jewish Content Network, I can proactively promote the video in a really tangible way – I’m able to see my views increase by over 12,000 over the course of a week, and the advertising dashboard lets me know exactly how well the ads are doing.”

“The story of Na’avor explores the Jewish people’s existence,” Leiner told the JCN in an exclusive interview. “Every time we were faced with a trial or tribulation, we have confidence that Hakadosh Baruch Hu will get us through it. Because if Hashem got us through Pharaoh, we will get through this too.”

Leiner started his career as boy, singing zmiros at the Shabbos table. He rose to fame with his song “Kol B’rama”, which he composed in tribute to the terror attack in which most of the Fogel family was killed.

We asked Leiner, who is currently working on several additional songs, whether The Jewish Content Network will play a part in promoting them as well. “Absolutely,” he says, smiling.

Fill out the form below to discuss your campaign with an advertising specialist from the Jewish Content Network.